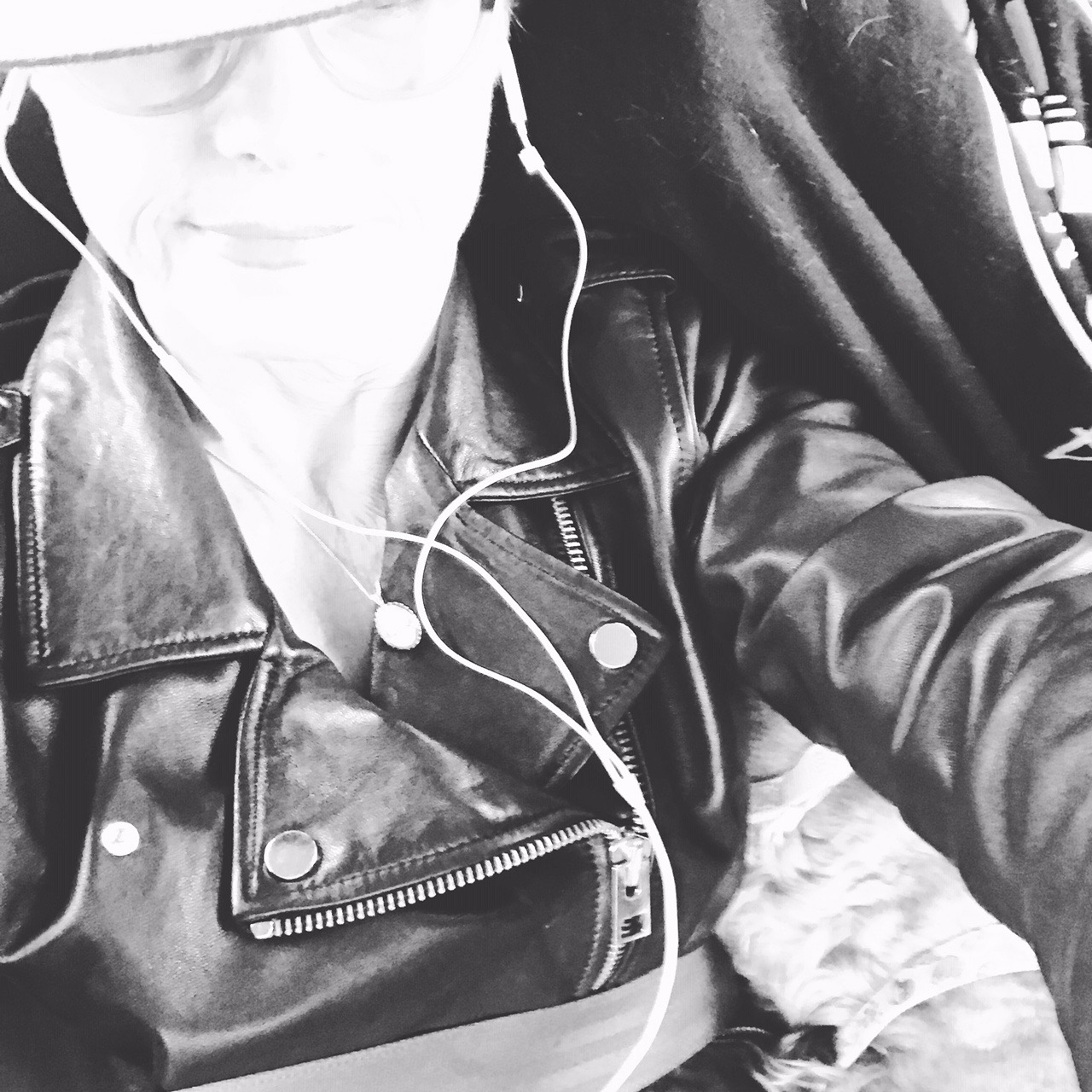 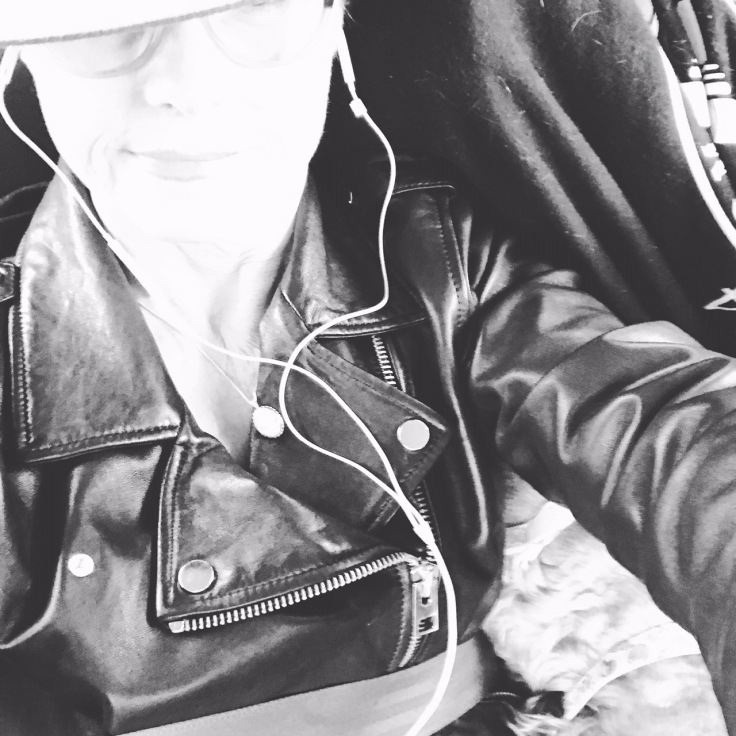 The last time I traveled this path, I was just out of grad school.  My husband and I decided to go out to Arizona to see his best friend before he took a full time teaching position at a private school.  We piled into our white chevy van with his signed teaching contract in the console.  On our way out of town, we dropped off the contract.  We then began what can best be described as the last great adventure of our pre-parenting lives.  I have pictures of myself with long hair and sunglasses at various places: Petrified Forest, Grand Canyon, the pool at a little roadside hotel n Amarillo, TX.  In all of these photos, I am smiling and optimistic.  My life as a functioning American was about to begin,  and our trip to Sedona was a farewell to the footloose and fancy free versions of ourselves.

This morning I sit in a hotel beside a highway after the first night of our new journey.  The river of time has rolled onward.  It is hard to believe that so much of our lives have passed!  Three children have grown to adulthood, and I have watched my entire family–father, mother, aunts–slide into oblivion.  The young woman standing at the rim of the canyon is long gone; she has been replaced by an aging crone who looks out upon her world with a sense of sadness and lonesomeness.  So many hopes and expectations have been shattered.  Time for an accounting…

As a college and grad student, I remember feeling a sense of utter exhilaration upon learning about the richness of the world’s tapestry.  I grew up in a small southern town, and when I moved to Providence, RI to go to Brown, I was overwhelmed and intoxicated by all the DIFFERENT things I now beheld.  There were people of different faiths from mine, different colors, different philosophies.  All these people, too, had their own lives and personal histories as rich and precious as mine.  I felt so small during that first fall in the Northeast.  It did not take me long, however, to realize that instead of diminishing me, all things DIFFERENT just made life better and more exciting.  As a student of writing, I dreamed of creating narratives and poetry that would celebrate and change the world for the better.  I told myself that I could be a part of a new world, a world in which we worked together for a better society.

On this Friday, at 5:08 a.m. in the morning, I hear the drone of trucks on the highway, and I shudder at the contrast.  My adult children look out on a world that is closed in by fear and hatred.  I cannot believe that in my lifetime, we are dealing with a resurgence of Nazi philosophy, alt-right theories of “superior races,” and a political climate that makes me afraid to engage my fellow Americans in an honest discussion about policies and directions.  We are traveling to spend Thanksgiving with family, and this will be the first time since we were married that I haven’t wrestled a turkey.  It is the first time since we were married that I feel a sense of fear for my country.  Somehow, this strange morning in a strange little hotel has brought it all home to me: there is something very wrong right now, and I fear for the future.  I must look at my own contribution to this world.

Did I write the passionate poetry and prose powerful enough to change the world?  Well, I have written quite a bit, but the world of publishing eluded me.  I followed my husband’s path and taught for many years.  Yes, I did my best to teach my students the beautiful lessons of our great writers. Did I succeed?  Who can tell.  I only know the troubling signs: people get their information from debased resources and the art of communication has been usurped for the purposes of propaganda.  I have heard people say “I hate__________” (usually Democrats are the object of this hate) more in the last two years than I can ever remember hearing.  On the highway traveling, it is like a scene from Mad Max.  The slightest inconvenience causes people to erupt into a violent explosion of vitriol.  Our collective fuse is very short in America.  The endless parade of mass shootings and political battles royale have turned us against each other.  The great experiment is on the brink off failure.

I think back across the decades to the me I was the last time I traveled this road.  A part of me is embarrassed that I really believed what the great poets said about “beauty and truth.”  A part of me hates the fact that I really believed KNOWLEDGE and UNDERSTANDING could lead us out of the savage jungle of our genes.  A part of me grieves for the naive joy I felt in my heart as I began my journey as an intellectual back in 1982 when I first entered into university as an undergraduate in English. Yesterday on the road, I listened to Macbeth on my phone, and I came across a line that had never made an impact on me before.  Macbeth has gone back to the sisters for more information, and he asks what they are doing as they conjure evil.  “A deed that has no name” is the sinister answer.  What they are doing is conjuring evil in the form of riddles and wordplay–narratives meant to destroy Macbeth and everything he was, loved, or ever could be.  In 2018, we Americans are caught in the fog of words, and we have lost the ability to think beyond our own ambitions and preconceived notions.  The Weird Sisters told the truth, but they told it “slant” (Dickinson).  Like Macbeth, the American body politic shambles toward its destiny.  Are we too far gone?

The sun will be up soon, and there will be more miles to drive, more of this magnificent country to behold.  As a young wife, I beheld America as a perfect adventure filled with flawed but essentially GOOD characters.  As an almost 55 year old woman, I behold my world through a much different lens.  Like the sisters, I hesitate to label; it is a thing that “has no name.”  I have come to understand that it is possible that in my time, I may be persecuted or even killed for being who I am, for being a person who reads poetry, philosophy, history, and strives to make decisions based on rational thought.  I may have to stand up for my fellow Americans who may be persecuted as well.  There may come a time when I can no longer sit idly by as my fellow Americans are reviled, beaten, shot, murdered, slandered, or driven to madness.  My path as an intellectual may lead me to a gas chamber or to a wall where I may stand to be executed.  This realization has forever changed me.

The road goes on.  New leaders and thinkers will come to take the place of all we now have.  The ideas of equality for all and peace in our time may seem like quaint throwbacks to the new generation of button-down fascists.  But I know what is happening and will fight until my last breath for the things I know to be true: if we cannot learn to live together and love together and accept our differences, our species is doomed.  I understand that for the ultra-right religious folks, this is of no matter.  But for those of us who look upon the world with pity and love and hope, it is the only thing that matters.

Two young lovers go on a road trip with a less-than-ideal outcome.

Hope And Despair in the Latter Days: Reflections on a Trip to Los Angeles

A cross-country trip to visit my daughter brings up more feelings than previously imagined.

Quote of the Day

Whatever you ask for in prayer, believe that you have received it, and it will be yours. Mark 11:24