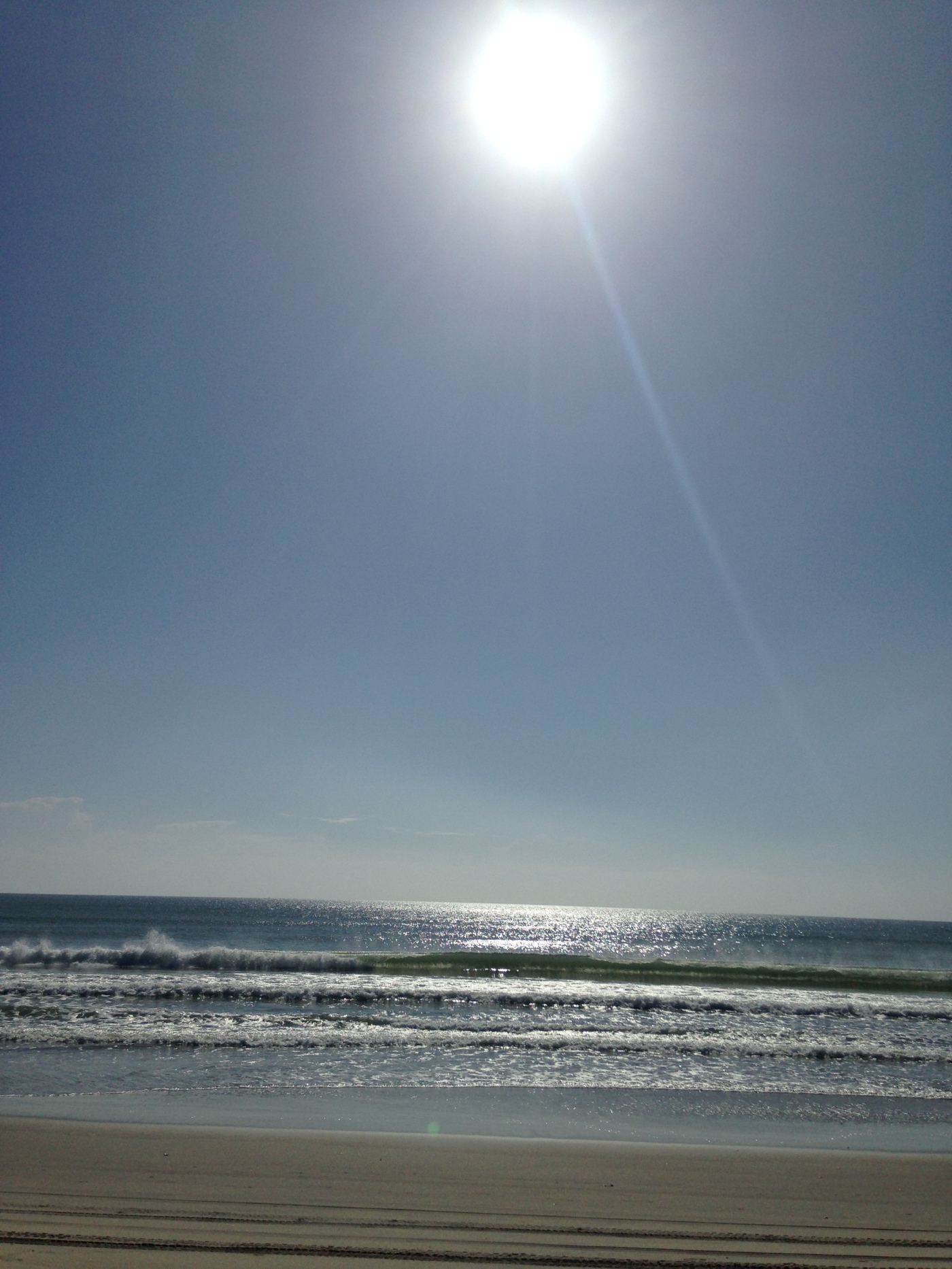 The journey that brought me to a table in a small Emerald Isle coffee shop in the days following the devastation of Florence began in my parents’ house in May of 2011. It was in that place and at that time (a late afternoon it was, bright sunshine, warm spring) that I heard the saddest sound I have ever heard.  It was the sound of my elderly aunt and mother weeping openly and inconsolably after I had told them that my father had inoperable cancer and would never be coming home.  There are times even now in 2018 that I am awakened in the night by the echoes of their sorrow.  Everything I had ever known was upended in 2011.  I had to face my own shortcomings, my own sins, my inability to understand the parameters of mortality, my fears of death and the unutterable loss of innocence.  Like Dickens’s “slow march,” I watched as my mother fell into dementia and battled three (!) broken hips. I impotently beheld my Aunt Madeline’s inexorable decline, her dependence on oxygen, her grievous injury in a fall, her slow death in the halls of assisted living facilities.  I walked down the hallway where she lay silent in death, eyes clouded, and mouth agape.  No horror movie made in Hollywood could approximate the horror of her room, her old and fragile corpse, her lifeless body, her soul beyond the scope of a love I never felt I fully expressed.  Another night months hence, I received the call in the night to come to the nursing home where I sat in a room with the window open.  My mother was at last dead and beyond all suffering.  All these memories have eclipsed my imagination for quite awhile now.  Only after battling Florence, however, am I beginning to understand the lesson of this journey.

After they were gone, my aunt, my father, and my mother, my husband and I looked at where we were and began to ponder.  Our three children were out in the world, and Peter was retired.  I was unhappy teaching, for what did I have to teach?  I felt empty and lost and unsupported by a community from which we felt isolated.  There were many reasons for this isolation, but let it be known that for the most part, it was my fault that we were cut off.  I had made many bad decisions over a period of many years.  I burned with a desire to start anew.  And so, we came to the place where we had been happiest–lovely Emerald Isle, NC.

After making the decision to move to the island, we told the kids.  I turned down my teaching contract, and we prepared to do something we had always fantasized about doing–living at the side of the ocean.  There was happiness and there was excitement and there was a frenzy on my part.  The morning of our closing day, I fled with a Honda full of essentials and my dog.  I left King, NC and all the gossip and all the memories and all the baggage (or so I thought).

We eventually sold the house in King.  Previously, I had dealt with my parents’ estate and my aunt’s estate.  We came to Emerald Isle, and I proceeded to build a new life.  I found a new job with the very real estate company that had brokered the purchase of our house.  Eventually, I went on to get my real estate license and become a Realtor.  The week before Florence, I officially joined the Carteret County Board of Realtors.  Then there was this storm named Florence, and it headed straight toward our home.

And so last week, we found ourselves evacuating the island. The hurricane was a bad one, and it was poised to tear the island apart.  We fled to Charlotte, NC to stay with our son at his apartment.  The hurricane hit NC, and it devastated the coast and inland lowlands.  We tried to return on a Sunday, and we found ourselves trapped in rising waters in Bladensboro, NC.  Without exaggeration, I say I feared for my life.  My husband and I (in separate cars) found ourselves cut off from main roads by rising flood waters.  We turned around and fled back to Charlotte.  The next day, taking a northern route, we made it back to our island.

We were fortunate.  Our home sustained minor damage in the form of a torn-off outdoor shower door and three downed trees.  There are many others here that have not been so lucky.  On this day, Thursday, September 20, there is a smell of rot pervading the neighborhoods.  Residents are battling torn roofs, creeping mold, flooded lots, the destruction of home and comfort.  As power is gradually restored, we still have no reliable internet service.  This has brought me to the small coffee shop here at Emerald Plantation.  It is here that I am trying to make sense of it all–of life itself.  How can our decisions bring us to such places?  How can the father that once bought us barbecue potato chips and a milkshake at the King Drug Store be the same man who struggled in pain on a bed of death in a cold hospital wherein no one seemed to care?  How can the wonderful and intelligent aunt who was a registered nurse become the feeble shell trembling in terror on the doorstep of her own death? How could a mother once full of vitality and humor lie in the cold early morning hours lifeless and forgotten by a world that would go on after her as if she had never existed?  How could this island that I have fled to ever be the same after the filthy floodwaters recede and modern conveniences are restored? How can I face the rest of my existence?  How can I come to understand the inevitability of my own death?

In the early morning hours, I ran a 4 mile training run.  I passed by flooded neighborhoods.  I smelled the odor of rotting trash and vegetable matter.  I saw twisted signs and ruined metal.  I saw great trees opened by Florence’s winds.  I also beheld the landscape of my own heart, for therein is a wasteland, too.

Emerald Isle will never be the same as it was before Florence.  Her neighborhoods will recover, but they will be forever different.  Death has come.  Something new is born.  Even this new thing, years hence, too, will perish.  I fled from the horror of death when I left King, NC.  I fled from the sounds of weeping, from hospital rooms, from the consequences of my own terrible and foolish decisions.  I fled into a new world in hopes of reclaiming my hope and innocence.  I have learned a bitter lesson, but one that is freeing and redemptive.

As the Bible says, “When I was a child, I spake as a child….but when I became a man, I put away foolish things….”  We cannot run from the knowledge that is our destiny.  That knowledge is the knowledge of our own mortality.  As our elders pass into eternity and we ourselves near the end of our days, we must face the truth of who we were, the choices we made, the people we loved, those we betrayed, the hurts and the comforts we gave along the way.  We cannot start again, for even when we flee to new towns and new adventures, we carry our burdens with us.  Houses are not haunted, nor places;  our own hearts are the Gothic ruins we must explore with lighted candle in the dark night of our souls. As I ran through the sodden streets of my Emerald Isle, I greeted all the ghosts there, and I came to an uneasy peace with the shadows in my own soul.  I can never exorcise them, nor can I silence the weeping of crones.  I can learn to live with the shadows, and perhaps to ultimately embrace them.

One thought on “The Ghosts of Emerald Isle”

Two young lovers go on a road trip with a less-than-ideal outcome.

Hope And Despair in the Latter Days: Reflections on a Trip to Los Angeles

A cross-country trip to visit my daughter brings up more feelings than previously imagined.

Quote of the Day

Whatever you ask for in prayer, believe that you have received it, and it will be yours. Mark 11:24